Having successfully completed the ’08 Leadville Silver Rush 50-mile race, I decided that marathons would improve my efficiency which would translate well to ultras. Though correct, my approach to this new, shorter-distance racing left me injured and unable to run without significant pain. So in the Spring of ’09, barely able to run a half marathon, I enlisted the help of my first coach, Janet Runyan, to assist with form adjustments that I hoped would result in pain-free running and improved performance.

I once thought coaches were only for elite athletes. I certainly had success in my past racing bikes but never really considered myself to have anywhere near the natural talent required to be an “elite” runner. I just loved to run and, having dropped out of the Leadville 100 2 years prior, still itched to finish a 100-miler. Frustrated with my injury-plagued performance and constant pain, I signed up with Janet and she put me on a program that would totally reshape my form and my approach to running both as a competitor as well as part of my everyday life.

First things first: Form adjustment. Janet stripped down my training and worked with me on a weekly basis to whittle away at my plodding, sloth-like running form. I was a very stiff runner and every step looked like a pain-filled, jarring experience. Technically speaking, this was true… but that was also just the way I ran. It had gotten me to mile 73 of the LT100 so certainly it wasn’t all bad but it needed work. So work we did. Janet helped provide a myriad of focuses, drills, stretches and lifestyle techniques that helped me achieve a more efficient gate and, over time, move my weekly mileage needle upwards. By the end of the summer of ’09, I had gone from running from 15-20 minutes to competing as part of a team in a 220-mile ultra relay. My contribution to the effort was only a fraction of the overall distance but progress was being made and the pain that was my constant companion for nearly 8 months had faded.

It isn’t always easy working with a coach. I had a tendency to want to do more and run faster and farther than prescribed. Commitment to the program is key, however, and Janet slowly moved my daily and weekly efforts up. Near constant feedback on my progress helped me maintain a healthy balance between running too little and pushing the envelope which could have resulted in injury. Janet applied her vast experience to move me forward to the point where I was soon logging marathon-distance runs on a weekly basis. More importantly, I remained injury-free which prevented me from losing ground. Without coaching, I certainly would have either over-trained or competed too soon and been back to square one: Injured and unable to run.

Coaching can be a singular process but Janet takes a more holistic approach and analyzes not only one’s form and mileage but overall nutrition and lifestyle to develop a program tailored to meet one’s specific goals. For me, that goal was to revisit Leadville and give the 100-mile distance another crack. It certainly wasn’t always easy and there were many work-outs along the way that could have produced frustration had I not had coaching on which to lean. I learned quickly that there is no such thing as a bad run and even those efforts that leave you feeling less than extraordinary can produce valuable insight and lessons to use to improve in future escapades. I moved from simply training to racing in medium-distance events in preparation for the LT100 and, though never had what I would consider a “good” race, knew that each was an opportunity to push my boundaries a bit without provoking injury or stressing my body to the point where I would have to limit my training in the following weeks to allow for recovery. Without coaching, I certainly would have approached these events in such a way where they would not have contributed so positively to my overall goal. Your coach can keep you focused on the big prize even though shorter-term nuggets prove tempting.

As the big event approached, my fitness came into bloom and my form continued to show signs of marked improvement. Video does not lie and the shots taken a mere year ago looked nothing like the runner I had become. I can still see room for improvement but the difference is, frankly, shocking. Janet crafted a program to enable me to peak for the big event and formulated a plan to get me to the finish line in top form.

On race day, I knew I had done everything I could to prepare properly and all that was left to do was to do it. My first half was a little faster than planned but I ran with good form using the techniques I had learned and practiced over the prior year. When I started having stomach problems at about mile 80, Janet was on the phone with my crew to help provide support and guidance to get me moving again. Shortly thereafter, I came back to life and was quickly running 8-minute miles on my way to a sub-25-hour finish. Though not physically present, I know my coach was with me every step of the way and I couldn’t have done it without her.

Perhaps the most remarkable component of coaching and its benefits came after the race. In ’07, I was practically crippled post-event. This year, I was running again two days later and had virtually no post-race trauma. I was a little sore for a couple of days and my legs were a bit heavy for a week or so, but other than that, no problems. I contribute this to the plan Janet outlined which included a marked consistency in my training and all the form adjustment work we did over the course of the year leading up to the event. Coaching had transformed me into a runner and it can do the same for you.

Doing What The Coach Says… 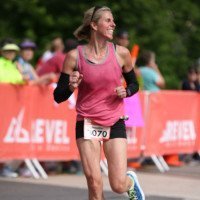 Fell in Love with Running Again 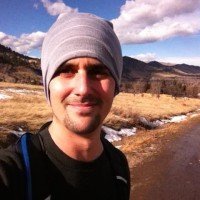